The STARS (Satellite Technology for Advanced Railway Signalling) project kick-off event was held on Tuesday, 23 February, in Prague. The event gathered around 40 participants, including project consortium members, universities, stakeholders from the rail sector as well as from the aerospace.

Philippe Citroën, UNIFE Director General, welcomed the participants and emphasised the importance of the program for the rail satellite positioning research: “STARS needs to be seen as a lighthouse project of the Shift2Rail Joint Undertaking for which it will bring key inputs to the development of signalling technology. “

The European Global Navigation Satellite Systems Agency (GSA) Executive Director, stressed the important role of the project: “The GSA is dedicated to ensuring that the rail sector is taking on board the added value of European GNSS technology and STARS is the project that will provide this essential input, enabling the future European Train Control System to benefit from European satellite positioning.”

Following an introductory session open to the public, the consortium members met to officially start the preparation of this major project.

The STARS project, funded by the European GNSS Agency under the Horizon 2020 program, aims to bridge the gap between ERTMS needs for safety critical applications and GNSS services through a characterisation of the railway environment and of the GNSS performance assessment in that environment. The key objectives of the project are to develop a universal approach to predict the achievable GNSS performances for railway applications and to quantify the economic benefits through reduction of cost, which will increase market appeal of ERTMS. 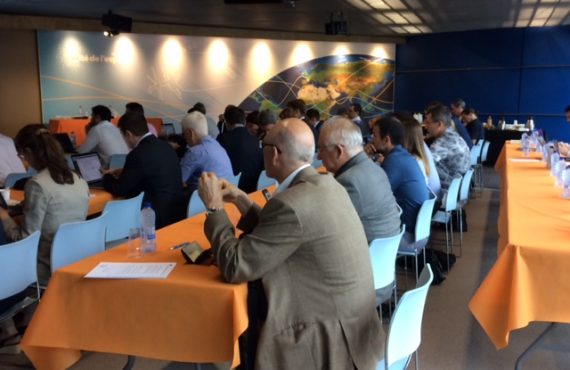 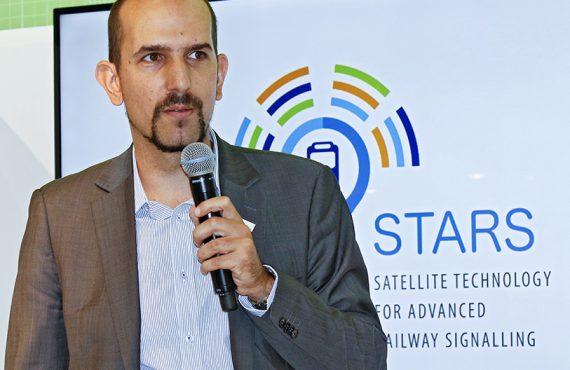 On 22 September 2016, STARS project has been presented during InnoTrans, the world’s largest trade fair focused on the rail transport.